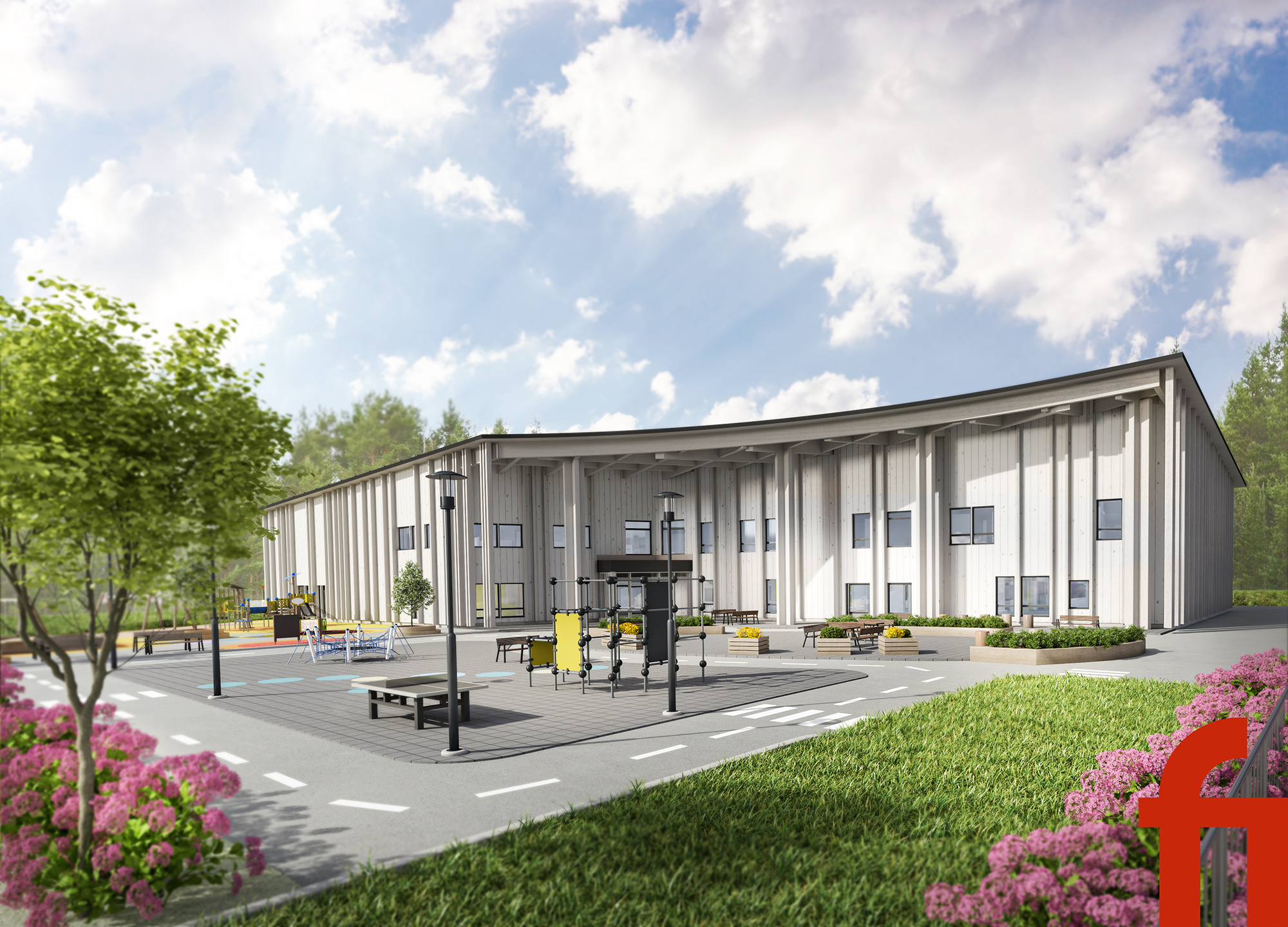 The Finnish State Art Commission organises an open art competition in collaboration with Senate Properties. The purpose of the competition is find works of art to be sited in the new building of Valteri School Mäntykangas at Sampsankatu 8, 70500 Kuopio.

The winning entries and honorary mentions as well as the jury report will be on view online from 22 December 2021 to 21 June 2021 at this website.

The competition languages are Finnish, Swedish and English. If the language versions differ, the authoritative version will be the Finnish version.

Questions from the competitors

1: Is it possible to get illustrations (jpg/pdf) of the sites in the interior that are considered have been considered? The same sites as shown in the video?

2: One of the possible locations for artworks mentioned in the brief is the dining room ceiling. Can the artwork hang down from the ceiling and how much? What material is the ceiling? Will the dining room have the ring-shaped pendants shown in the demonstration video, or can the fixtures be designed later?

Below is some information about the ceiling of the Valteri Mäntykangas entrance hall and dining hall:

Ceiling is made of suspended fibreboard panels + Ewona acoustic panels. The panels can be opened.

Nothing can be hung from the suspended ceiling itself, all support must be from the concrete vault that is about one metre above the suspended ceiling. The artwork can be mounted/hung from the vault, provided it does not interfere with building technology. If the work is very heavy (>100kg), the load-bearing capacity of the vault must be discussed with the structural engineer.

Any work suspended from the ceiling must not restrict movement in the space or seriously obstruct ventilation or lighting.

It is unlikely that the ring-shaped pendants in the dining room can be changed.

3: May we use the documents/additional images (especially photos) for making the application? I modify my work images and the photos taken by you so I need those photos for applying to this competition. I think the answer is “yes” but just in case I ask you to make sure the copyright issues.

Yes, the photos downloadable from the competition website may be used for the production of mock-up photos.

Additional photos of the wooded area next to schoolyard have been added to the competition website (‘Additional images ZIP 74mb’).

5: Does Valteri School Mäntykangas operate throughout Finland or are areas of operation divided between the Valteri schools? From which area do children and young people come to the school?

Valteri School Mäntykangas is one of the six school units of the Valteri national centre for learning, nearly all of whose operations are integrated. The centre’s operations cover the whole of Finland. The centre uses different types of support to ensure its main goal, that pupils are able to study in a local school. A small number of pupils spend a shorter or longer period of time in one of the Valteri Schools, such as the one in Mäntykangas, Kuopio.

Applications for support and for places in the school in Mäntykangas are received from Eastern Finland. Pupils with physical disabilities in particular may come from a wider area in central Finland. All matters (including geographical issues) are decided according to individual needs and the situation. There is no regional division as such, but the goal is to provide support as close as possible to the pupíl’s home. Pupils (boarders mostly attending a local school and applicants for a place at the school) come from dozens of municipalities, especially around the city of Kuopio in the case of Mäntykangas.

6: Is it possible to get photographs of the nearby forest?