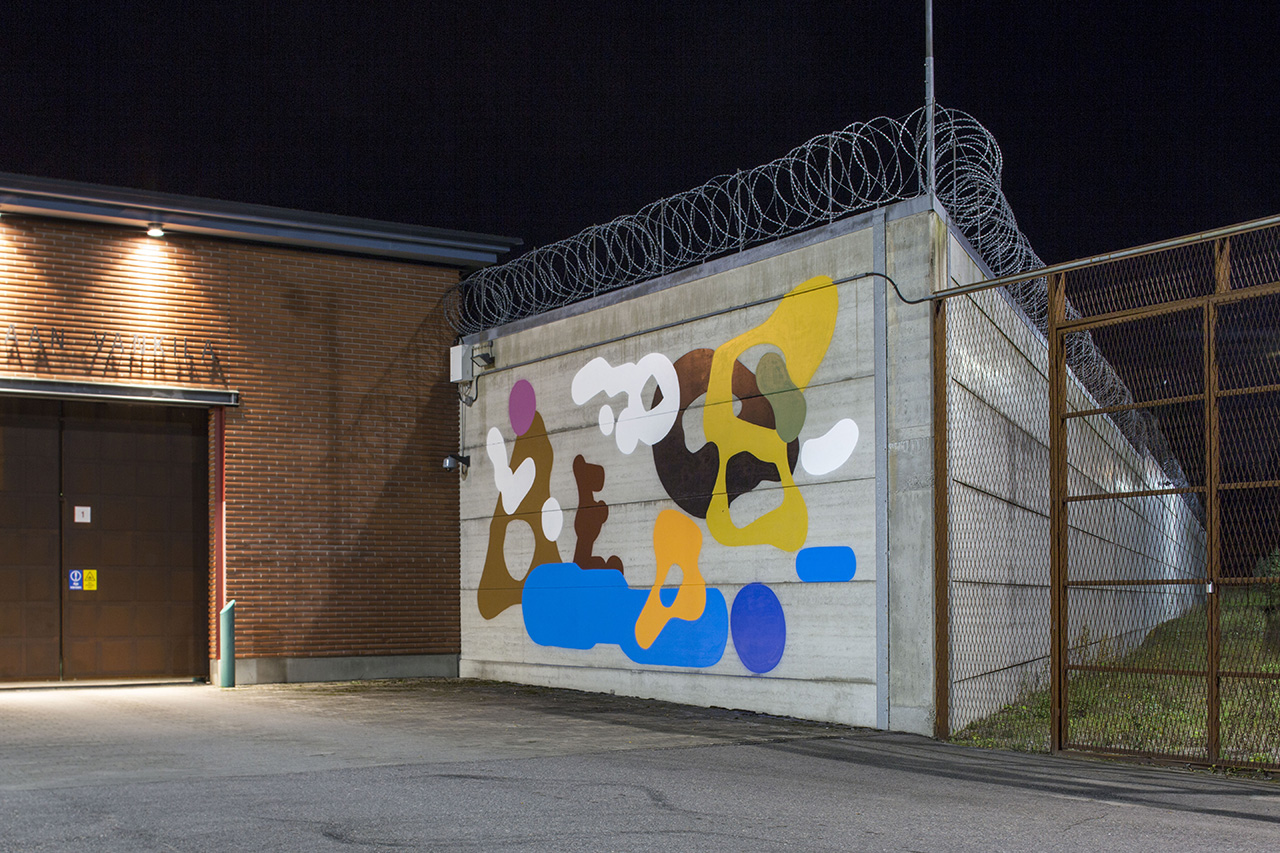 The graffiti artist known as Egs has created three murals for Vantaa Prison, commissioned by the Finnish State Art Commission. The murals bring a street art aesthetic to the “other” side of the wall and the abstract images they contain are imbued with references to movement and travel. One of the murals is located by the remand facility’s main gate and the second along the visitor corridor, while the third, and largest, is located on the exercise yard wall, in an area of the prison usually only accessible to staff and inmates.

The shapes within the paintings bear a resemblance to the seaside setting of the prison’s predecessor in Katajanokka. Transposed here in the current facility’s landlocked location, they invoke a sense of stagnation and an absence of movement, so characteristic of a 21st century remand institution. Egs has pulled and twisted islands, clouds and sails into abstract shapes, treating them much in the same way as the letters of his name, which he renders in a multitude of styles in the spirit of graffiti’s calligraphic tradition. Monumental in scale, these works are also a nod to the model boat built by the inmates on display in the prison foyer.

In addition to travel, Egs is fascinated by maps, borders and geography, and his work is always tied to a specific location. However, as more than half of the Vantaa Prison population originally hails from outside Finland, Egs has sought to eschew recognisable forms of cultural symbolism, reaching instead for a universal idiom capable of offering aesthetic pleasure and invoking a sense of dynamic motion to all regardless of nationality. Steeped in the traditions of modern art and design, the shapes that constitute his works in the prison are manifestly not a didactic exercise or an exhortation to repentance.

A forerunner in his field, Egs (b. 1974, Helsinki) is the best-known Finnish graffiti artist internationally. During his career, he has worked in more than 40 countries across five continents. In a gesture of respect to this own sub-culture, Egs chooses to work under a pseudonym. For him, his art is a process, where the sum total of his works, located around the globe, matters more than the individual works. Although he is also active in the contemporary art scene and has expanded his artistic expression, Egs continues to adhere to the graffiti tradition of painting within the urban environment. The artworks on display at Vantaa Prison form part of the Finnish State Art Deposit collection and are the first graffiti works to be commissioned by the organisation. The works were produced by Make Your Mark Gallery. 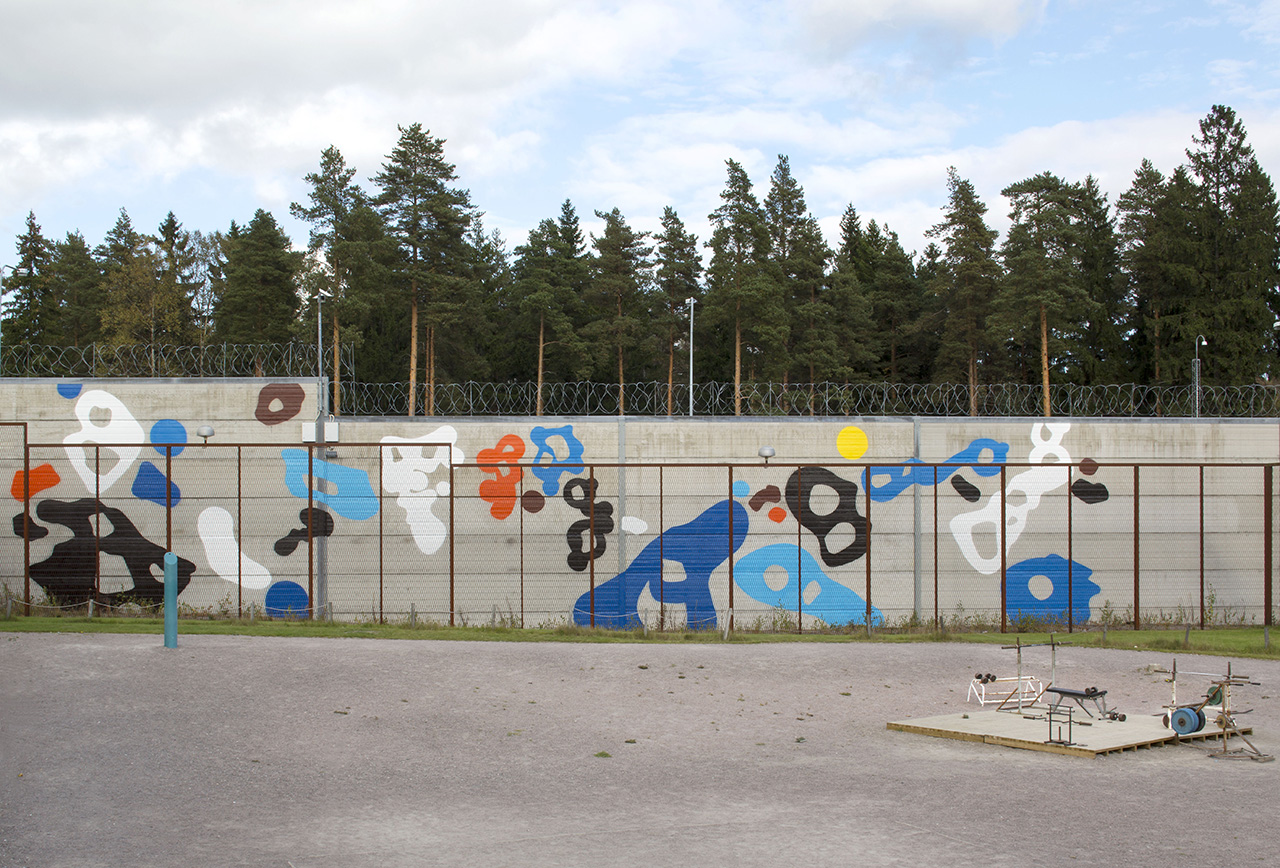 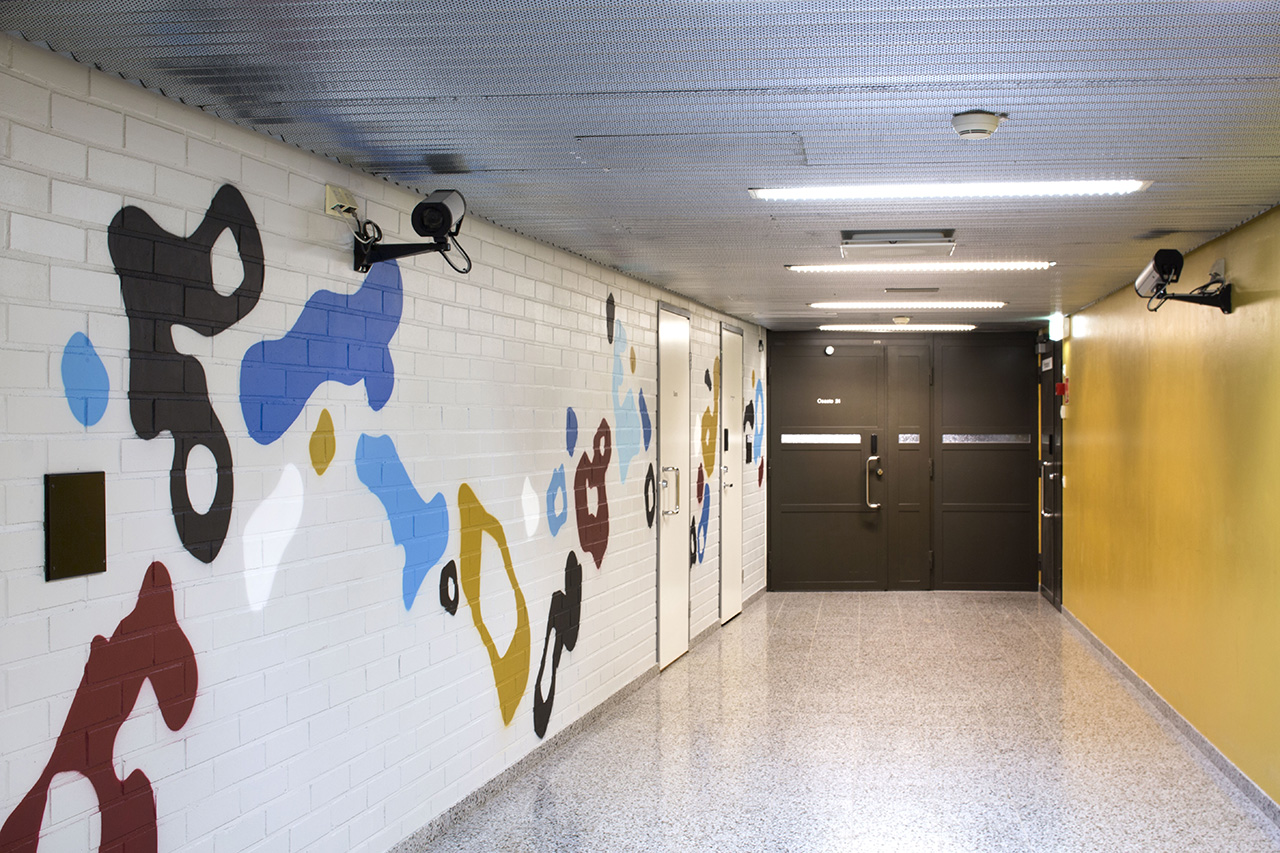 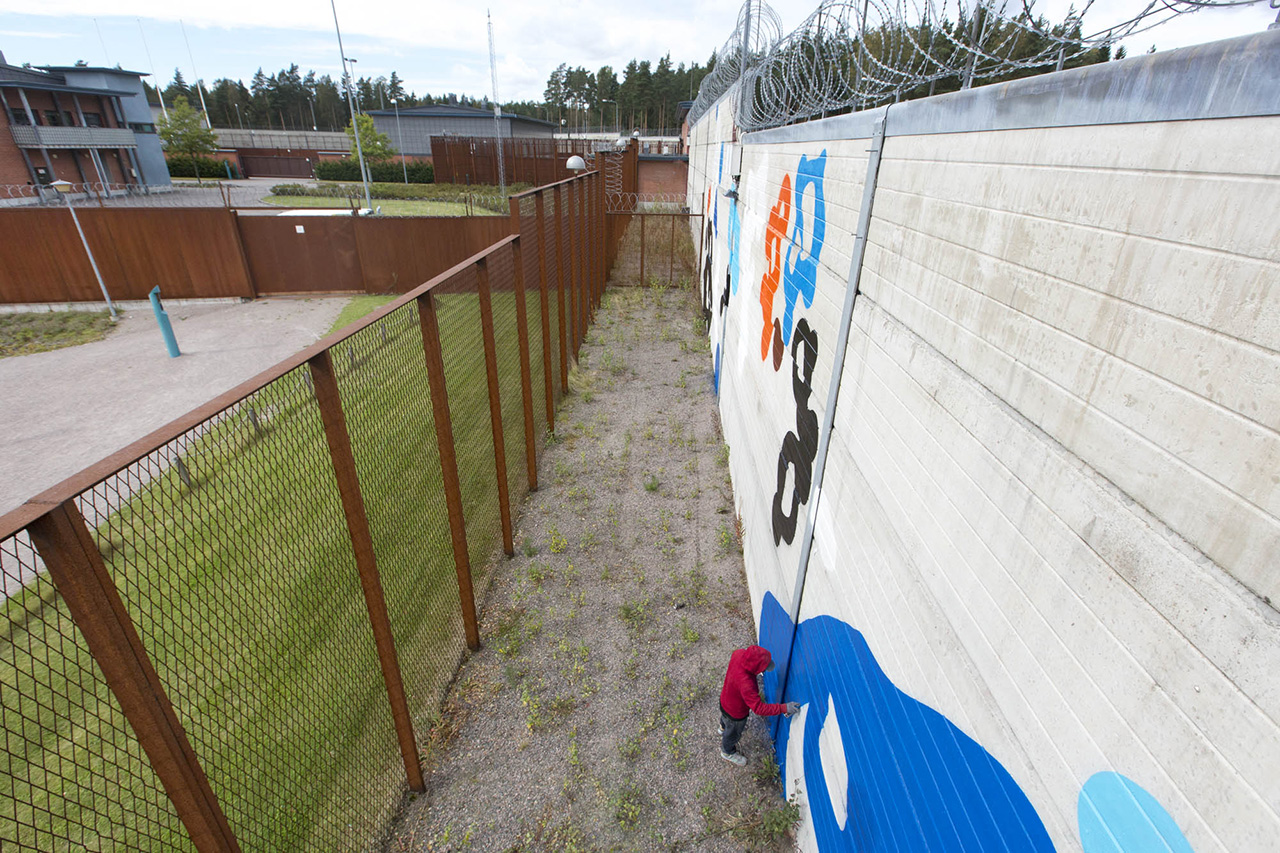